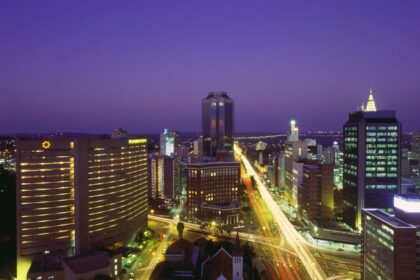 The then Zimbabwe Construction Industry Council (ZCIC) held a General Meeting in February 2018 after a period of several years in which there were no such meetings that were supposed to be held annually, due to various circumstances. The purpose of the meeting was to revive the ZCIA into being active again, in order to serve the purpose for which it was established.

In order to facilitate the objective of the meeting, it was first necessary to amend the original Constitution of the ZCIC, particularly the clause that limited the office of the President of the ZCIA to rotate between the two contractor organisations in the country. The adoption of the amendment then facilitated the election of the Zimbabwe Association of Consulting Engineers (ZACE), represented by its then President, Engineer Bernard Musarurwa, to assume the presidency of the ZCIA.

ZACE went on to chair the Management of the ZCIC for the next 2 years in which efforts were made, and achieved in reviving the activities of the ZCIC. This report presents an overview of the activities of the ZCIC over the period 2018 to 2020. For clarity, the ZCIC was directed by the then Ministry of Local Government, Public Works and National Housing (MLGPWNH) that administers the build-environment, to drop the word “Council” as it was not a statutory body, and the organisation adopted the name of the Zimbabwe Construction Industry Association (ZCIA).

In turn, with ZACE having a limited capacity, the ZCIA approached the Construction Industry Federation of Zimbabwe (CIFOZ) to provide the secretariat services for the ZCIA during the term of the presidency of ZACE. It is with sincere gratitude to CIFOZ that the President attributes the success of his term of office.

The Zimbabwe Construction Industry Association (ZCIA) is a voluntary umbrella body that was established in 1994 for the purpose of bringing together the stakeholders in the built environment, to provide a forum and platform to deliberate and articulate matters of mutual concern, and to speak with one voice when communicating with Government, particularly the Ministry of Local Government, Public Works, and National Housing (MLGPWNH) that superintends over the construction industry, and any other stakeholders.

Membership of the ZCIA is open to all associations, institutes, institutions, federations, confederations or similar bodies that represent the interests of individuals or firms who are involved in the construction industry in Zimbabwe.

The current membership of the ZCIA includes the following:

Efforts are underway to re-invite the Zimbabwe Institution of Engineers (ZIE), a statutory constituent body of the ECZ representing all engineers, technologists and technicians in the country; and also to invite the Zimbabwe Institute of Regional and Urban Planners (ZIRUP); the organisation representing the environmentalists; project managers; construction materials manufacturers and suppliers; and any other players in the built environment.

As such, the ZCIA brings together under one umbrella all the key stakeholders in the built environment, and it thus offers an integrated entity to foster a coordinated approach on the planning, design and construction of spatial development projects of infrastructure and buildings ranging from residential, to commercial and industrial. The ZCIA is also involved in the restoration, reconstruction and upgrading of the infrastructure across the country that has been ravaged by natural catastrophes like Cyclone Idai of 2019 in Chimanimani and Chipinge in the Eastern Highlands of Zimbabwe, and elsewhere that neglected due to lack of maintenance and investment to meet the demand.

The objectives of the ZCIA are:

In order to promote its objectives the Association, the ZCIA may ascertain the collective views of members and make these known to the executive, the legislature, public bodies, all other relevant authorities, and the public at large.

One of the standing sub-committees of the ZCIA is the National Joint Practice Committee (NJPC) that is currently reviewing and updating the Building Contract. This will be followed by updating of the outdated Model By-laws.

The ZCIA, through input from its constituents, is working on formulating and to have enacted legislation in support of the Association and its objectives, including one on taxation where taxes may be applicable only upon payments received and not on invoiced amounts as is the current case.

The ZCIA proudly celebrated its inaugural annual Congress in October 2019. This was a milestone achievement of the Association where it was able to bring together representatives of its various constituent members, stakeholders from the manufacturers and suppliers of materials used in construction, as well as representatives of various central and local government.

There was an elaborate and content-packed programme of events, with a variety of presentations, including some on appropriate technology such as renewable energy focusing on solar. There were papers on the need for legislation to protect the local contractors from unfair competition from foreign entities that are subsidised by their governments. The two day event was well attended, with robust debate, and a series of resolutions were passed for presentation to the relevant respective offices.

Mention has to be made in acknowledgement, with sincere gratitude, of the sterling effort made by the Publicity Committee, together with the Secretariat, to make the inaugural congress a roaring success.

It must be noted that several sponsors indicated their wish that the ZACIA Annual Congress will be the sole such event as it brings together all the stakeholders to one venue at the same time, instead of each holding their own annual congresses.

An Annual General Meeting of the ZCIA, deliberately delayed to coincide with the event, where all the constituent members were well represented, was held at the end of the inaugural congress. The updated Constitution was also adopted by the AGM.

The ZBCA also took advantage of the event to hold their AGM at the end of the ZCIA congress.

The year 2020 has been marred by the outbreak of the Corona virus CoViD-19 pandemic that has seen the entire globe instituting lockdowns in accordance with the guidelines recommended by the World Health Organisation (WHO). The pandemic has seen over 7 million people infected by the virus, with over 400 000 deaths worldwide. Zimbabwe, together with most African countries except South Africa and Nigeria, has reported a relatively low number (320 as at 10/06/2020) of infections, and only 4 deaths so far, with most of the infections being imported.

However, the lockdown imposed by government as recommended by the WHO to curtail the spread of the virus, has resulted in most economic activity being severely curtailed, including the construction industry. It is under this spectre of a dark cloud of uncertainty about the duration of the indefinite lockdown and a return to normalcy, that my term of office comes to an end.

The situation is exacerbated by the recent devaluation of the local currency against the United States Dollar and other foreign currencies, spawning crippling challenges for projects funded in the Zimbabwe Dollar (ZWL), particularly on imported products, including fuel. Prices of even locally produced and manufactured products are also rated against the USD. The country is redollarising, with the adoption of the USD happening spontaneously across the economy.

I therefore do not envy my successor, but I wish to offer them my support in their efforts to steer the ship forward in these stormy waters.

What you can read next 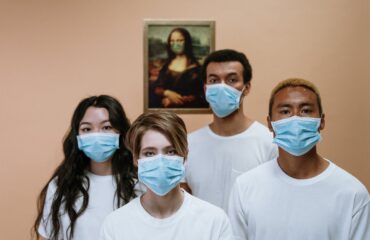 Protecting yourself and others from the spread COVID-19